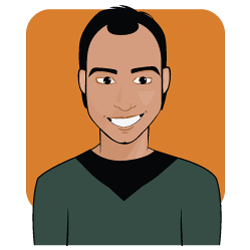 Nursing is so much more than simply popping a thermometer in a patient's mouth or recording a blood pressure. In my time as a nurse, I have participated in life saving efforts when time was critical, I have held a mother's hands when her newborn baby was being prepped for surgery, and I have looked into the terrified eyes of an elderly person in pain. Nurses literally go into battle, serving in military operations all over the world. They also learn and implement the latest in medical technology. This blog is to highlight nurses and prove that they deserve respect and appreciation for all that they do.

When most people think about someone getting diagnosed with arthritis, they typically don't think the patient is a young child. However, there is a form of arthritis that affects children. It's called juvenile idiopathic arthritis. If your child has been diagnosed with this surprising condition, you need to be aware that children with juvenile idiopathic arthritis tend to develop eye problems. Here's what you need to know.

Common Eye Problems That Are Comorbid to Juvenile Idiopathic Arthritis

The inflammation can lead to scarring and visual acuity problems if left undetected and untreated. Scarring can, in turn, lead to permanent vision damage, cataracts, glaucoma, and/or blindness. Because of this, your child should have an eye exam as soon as possible. If no inflammation is found, regular eye exams should be scheduled, even after juvenile idiopathic arthritis goes into remission and is no longer active.

According to the Arthritis Foundation, children with juvenile idiopathic arthritis rarely complain of eye symptoms in the early stages before scarring takes place. The reason for this is because eye inflammation is not painful and the whites of the eyes are usually not red with this condition until scarring has occurred. In rare cases, some children may complain of light sensitivity or blurry vision, but these issues occur so slowly that changes are often unnoticed until damage is done. This is why it is important to have regularly scheduled eye exams.

Medical researchers have discovered that children who have positive blood test results for antinuclear antibodies are more likely to have eye problems that are comorbid to juvenile idiopathic arthritis. Therefore, if your child's pediatrician or rheumatologist has not yet ordered this blood test, ask them to do so. If the test is negative, repeated testing should be done on a regular basis to determine whether or not your child has produced antinuclear antibodies at any time while having juvenile idiopathic arthritis and after it goes into remission.